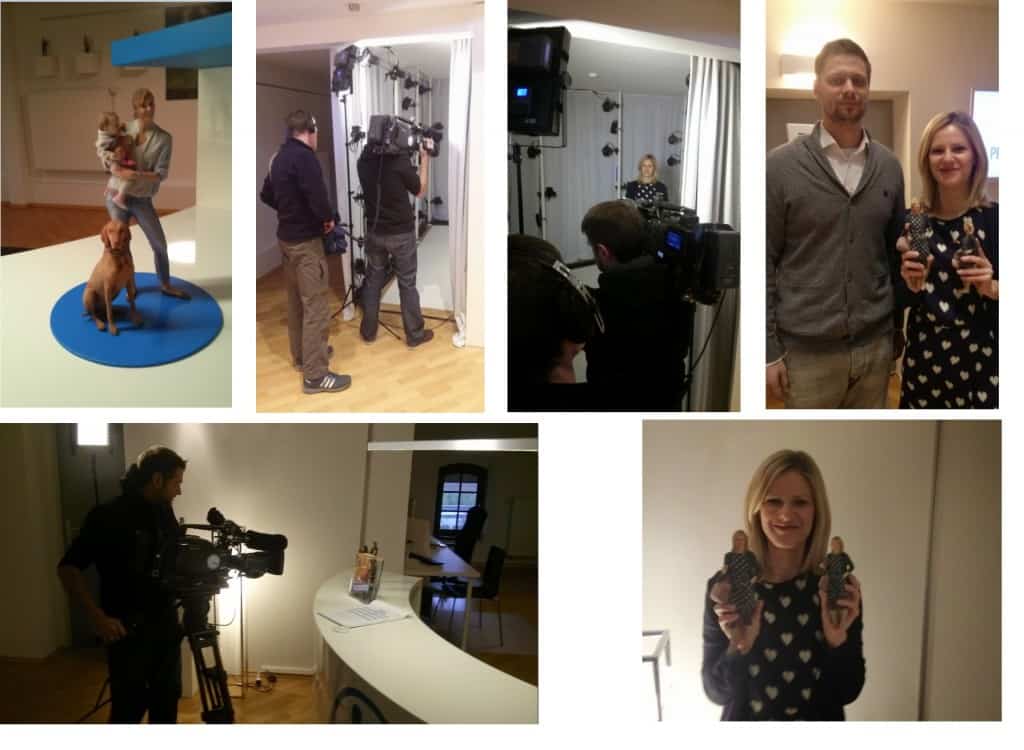 TV interview about the possibilities of 3D printing processes

On December 22, 2014, Fabian Strohschein, the managing director of 3D Activation GmbH, was interviewed for the SWR “Landesart”. The reason for this interview was the cooperation between 3D Activation and the Wiesbadener 3D selfie-Provider PRINTYOURSELF.

In the interview, which can now be accessed on YouTube, the SWR reporter mentions Strohschein above all to the Opportunities and possibilities of 3D printing technology questioned. Strohschein referred in particular to the prospect of bringing production back to Germany, which – in addition to the purely economic side – should ultimately bring ecological benefits thanks to shorter production routes. In addition, thanks to downloadable 3D print files, he sees the chance that the end customer could go directly from being a consumer to a producer. Entire branches of industry could become superfluous in this way. As future prospects, Strohschein describes the production of life-size 3D selfies or the possibility of being able to print out complex products, such as mobile phones, completely in 3D.

3D printing service in an interview

In the 2-minute interview, reporter Ariane Binder was enthusiastic about the 3D printing technology, but also skeptical and even fascinated. At one point, Binder saw a “brave new world” coming up, offered by the 3D printing service from Wiesbaden.

With the help of the technical know-how of 3D Activation, PRINTYOURSELF 3D selfies out polymer plastera special high-performance plastic.

First, the customer is photographed in a box of 50 cameras, from all sides. From the data obtained in this way, 3D printable files are now being developed with the help of CAD programs. Now the actual 3D printing can begin.

3D models made of polymer plaster

The full-color CJP (=ColorJetPrinting) 3D printing process used here is based on a roller or squeegee spreading a wafer-thin layer of gypsum-like powder, in this case the polymer gypsum, on a printing plate, with liquid adhesive acting as a binder. In the next step, inkjet printers use ink binders to print the first layers in the powder, with the powder and ink mixing and hardening together. Layer by layer, the printing plate is lowered by 0.1 mm, with each layer the powder and ink mix again, creating the next layer. In order to achieve the greatest possible material efficiency, the non-bonded powder is shot off with an air gun, carefully suctioned off and reused during this 3D printing process.

Thanks to colored binding agents and multiple print heads, multi-colored 3D models are no problem with the 3DP printing process.

If your interest in similar 3D printing projects has now been aroused, 3D Activation will be happy to help you realize your idea. For more information, please contact our customer service or visit our website.

How to 3d print easy?

Can carbon fibre be 3d printed?

What 3d printer gold vs bronze?

How to 3d print with abs?

How to cut 3d printed plastic?