In 1983, Jay Godsall took part in a diplomatic lunch devoted to landlocked African countries. At the time, he was looking to expand his lawn mowing business to different parts of Canada. After a long conversation with a diplomat from Burundi, he learned that Central Africa was the most unfavorable environment for transport infrastructure, because the road network was very minimalist. Jay thought that Canada was also a hostile environment for transportation infrastructure, which was why it has some of the most efficient remote area logistics contractors in the world. And so Jay decided to abandon mowing lawns to address the problem of transport in Central Africa, northern Canada and western China.

In 2006 Jay founded Solar Ship Inc., a delivery service by air bringing cargoes to isolated areas, to rescue disaster victims. The lack of interconnections in these regions is mainly due to the absence of roads, making the transport and reception of cargo almost impossible. Moreover, in Central Africa, there are few airports. Therefore, even if planes could carry cargo, it would still take a long time for people to come and collect their belongings. Fortunately, Solar Ship planes don’t need a landing strip to land, just a lot of open space.

The carrier gases present in the wings allowing them to take off, these hybrid devices use photovoltaic electricity to stabilize their movements in flight. Bush planes could benefit from conventional combustion propulsion, but the objective of these devices is to promote a new mode of transport by freeing themselves from fossil fuels and runways.

Solar Ship offers three types of bush plane: the Caracal, the Chui, and the Nanuq, each with their own unique functions and capabilities. Caracal provides a cargo transport service, focused primarily on Central Africa, linking the region to global supply chains. Measuring 20 meters wide, it has a minimum payload of 200 kg and must be able to cover at least 199.50 kilometers. This aircraft can land and take off on a football field, making it much easier for civilians to retrieve their cargo. The Caracal is the smallest of the three bush planes and mainly carries vital or emergency cargo for the people of Burundi.

Le Chui provides a cargo transport service for communities that do not benefit from any transport infrastructure. However, it differs slightly from the Caracal. With its 50 meters wide, it is twice the size of the Caracal. In addition, its minimum payload is 5 tonnes and it must be able to travel at least 499 kilometers. The Chui is similar to an aerial utility vehicle, because if it is intended for transport over short distances, it has a large carrying capacity. It can take off and land on asphalt, dirt, grass, mud, and even water. It will handle cargo connected to global logistics hubs, and will be deployed in Central Africa, northern Canada and western China.

INTERESTING:   how to hide sketch in solidworks assembly ?

The Nanuq is the largest device offered by Solar Ship. Measuring 100 meters wide, it has a minimum payload of 30 tonnes and must be able to cover at least 2,000 kilometers. Still in the development phase, the Nanuq will provide a service of transporting large cargoes to isolated areas in Canada, Africa, China, as well as Australia and other parts of Asia, linking together remote areas. .

You may be wondering what is the relationship between SOLIDWORKS and Solar Ship. To get the answer, just ask Andrew Leinonen, Industrial Design Manager. “We use SOLIDWORKS for everything,” explains Leinonen. “I use it every day and I don’t see what other tools I could use if I had to replace it. Knowing that Solar Ship is characterized by a fast paced work environment, the team is keen to find solutions quickly. SOLIDWORKS Simulation enables the company’s designers to move from a shape-size-functionality model to analyzing the strength of the aircraft. This analysis allows designers to modify the model at will, until the simulation is perfect. “It almost feels like we’re cheating,” says Jason Beeksma, mechanical designer.

Leinonen also specifies that one of the main concerns of the company was the placement of the propeller, which must attach to the fuselage. With SOLIDWORKS, designers can easily visualize the placement of the propeller on the device, while also addressing other variables, such as aerodynamic properties and ground contact issues. “SOLIDWORKS allows us to build vehicles that will help those on the ground save more lives,” said Jay Godsall, CEO and Founder of Solar Ship.

Solar Ship has reached new milestones in the deployment of these three distinct aircraft types as a cargo transport service. The video below explains how Solar Ship is using SOLIDWORKS to make life easier for people in poor and remote areas by improving access to basic necessities.

INTERESTING:   how to tilt a plane in solidworks

how to check points in solidworks ?

how to unfix a sketch in solidworks ?

how to save block in solidworks ? 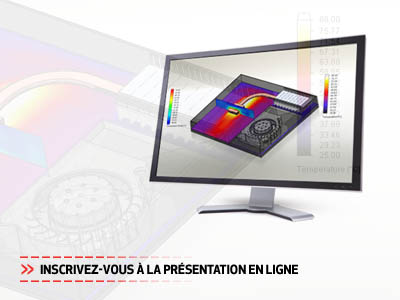 how to shift plane in solidworks

how to split a line in solidworks sketch ?

How to Shell a Cylinder in Solidworks?