A general observation seems to be established on the growing difficulty that companies encounter in understanding what the new generations want. Another emerges at the same time on the need to take into account the impact of the company on the environment, thus radically modifying its organization and all that can be accomplished collectively. Humans adapt and evolve under the constraints imposed by a sometimes hostile world in which they try to survive, but we are now convinced that human activity, and moreover human economic activity, have and will have an impact. major on the balance of the planet. What are the trends of this profound change in the way we work together?

1 – When mobility becomes a complex and essential issue

The densification of cities and their geographic expansion make travel complex and costly in terms of resources: towards less avoidable travel and, consequently, much more Home Office. Working from home is about to become the norm in big metropolises and provincial towns. Very soon, you will have to be able to do this, familiarize yourself with the webinar, virtual meetings via Skype, sharing of documents and missions, via Notion, Google Drive or any other cloud tool. A good internet connection, a recent computer, and the employee will be able to accomplish most of his work from home. These practices require a certain flexibility, an ability to be autonomous and yet involved, which many must acquire.

Some companies are also investing heavy resources to develop and implement the tools and training that will help make staff capable of working at home. The 3DEXPERIENCE platform developed by Dassault Systèmes, goes in this direction by making it possible to create and find everywhere and on all devices, its own working environment. Sharing and acting with all members of the same team then becomes a norm. “Young people no longer have an interest in functionality. They fit into roles, missions. It is obvious for them to work on a social and collaborative platform ”, declares Romain Faucher, Technical Sales Director for Dassault Systèmes Eurowest.

2 – Has job mobility killed a career?

During the twentieth century, the level of training has steadily increased. Even as jobs have become essentially task-oriented, we have lost the taste for lifelong employment. Boredom at work is one of the main causes of the discomfort felt and expressed by the working population. Suicides and burnouts as violent as they are unexpected are now in the conversations of all families. Not that our country knows full employment, but because it is no longer acceptable not to find meaning in the work carried out for a company.

INTERESTING:   How to Turn off Shadows in Solidworks?

From then on, the employee of the 21st century is subject to fidgeting! He goes from one job to another, with desire and hope for progress but above all to flourish. According to an IFOP study from April 2018, 64% of employees think they will change jobs at least 3 times during their professional life. More than half were preparing to experience mobility within 2 to 5 years.

Maintaining staff in jobs that are not very open to the world, and often without training allowing them to evolve, becomes difficult, if not impossible. The start-up model accentuates this well-being effect, because they are generally founded by people who no longer want to sacrifice everything for professional or financial success. Even if the vast majority of jobs are not offered by start-ups, the influence of their model has penetrated to the heart of CAC40 companies. The atmosphere at work is a major asset for recruiting in large companies. Being recognized as a “Great Place to Work” has become an objective for the development of a modern company. Many prefer a job that is less paid but done in a company that takes care of the well-being of its employees. Many are also ready to go for greener grass. A more recent survey indicates that nearly 66% of employees in Ile de France would like to leave the region and find work elsewhere, in order to enjoy a better quality of life. They are ready to change profession, company and region of residence if this allows them a more pleasant life.

3 – We will no longer work together… but remotely!

As soon as we accept to work from home, we are forced to learn to work through our screens and our phones. The cloud also allows us to share all our files, all our thoughts, our schedules included. But how are employees prepared for this partial de-socialization of work? How do you maintain a good relationship with your team when you only send them emails or WhatApps messages? Distance from others is a matter of cohesion for companies, which also continue to bring their troops together for occasional large masses with the aim of uniting the collectives. The managers, for their part, organize outings or activities for their teams in the same spirit, so much so that it is apparent that the moments when all are together are rare. Outsourcing excessively contributes to the distancing of labor relations.

INTERESTING:   how to trim in solidworks ?

We understand why “living together” suffers and as a result why the feeling of isolation and loneliness is growing within companies. If the value of work is less highly placed in the living environment of the younger generations, it is probably because most of their social life takes place outside their offices. The prodigious craze for gaming and e-sport underlines this desire to escape the rigidity of traditional structures and a fascination with the fantasy of the virtual. Having become digital, employees live at a distance and in parallel worlds. They still need to come together to maintain a sense of belonging to a community. The manager of tomorrow is a tribal leader. “He must also be a facilitator and a guarantor of individual freedom,” adds Romain Faucher. “Young people are less and less interested in money; it is a dimension that counts but it is not essential. Mobility, non-hierarchy, and being in control of one’s own task matter more ”.

This is confirmed by a study published by Mazars in January 2019, in which we learn that one in two young people want to work according to their own methods, while 73% of generation Z expect the company to allow them. to organize your working hours!

Source: Mazars study – OpinionWay, “Future of Work: what expectations of Gen Z for the company of tomorrow? “- January 2019

4 – Can robots become our colleagues?

The digital transformation of companies is well advanced and the arrival of robots and artificial intelligence is heralded as a new revolution in the world of work. There is no doubt that robots will replace certain repetitive tasks like the machines of the previous industrial revolution before them. But the catastrophism fueled by certain mediatized oracles, is not appropriate. We already work with machines and we adopt them with enthusiasm. Smartphones have become our friends in less than 10 years and we use apps for just about everything, finding our way, booking a table or a room, watching a series, chatting on the other side of the planet, writing, playing. , learn foreign languages, etc. The adoption of voice assistants, bots, is underway, and we trust or will trust their artificial intelligence to help us on a daily basis. Moreover, 56% of French employees say they trust a robot more than their manager, while only 45% think that a human is better able to understand their emotions and that a third party than a human coaches them better. Curiously, this global study published by Oracle this fall, underlines that generation Z is the most worried about the omnipresence of technology in their life and in particular on the subjects of privacy and security.

INTERESTING:   how to make a normal line in solidworks ?

Thus, it seems in the logic of our evolution that we will soon have as an office colleague a robot, preferably sympathetic and well behaved. Why not ? We will undoubtedly have a lot to learn from these new collaborators. They will have a flawless memory, an unbeatable availability, and, in principle, will remain even-tempered under all circumstances. As of today, many collaboration systems have been digitized and provide a different work experience, enriched by artificial intelligence. Our young employees were born with digital technology, and have become accustomed to conversing with virtual characters, going so far as to trust them more than humans.

In conclusion, the observation is based on a profound change in the methods of working together, within organizations that are more agile and more responsible for the happiness of their employees. It is clear that the massive arrival of generations born in a digital and even virtual world, is disrupting our processes, our methods, and requires new collaborative tools. Because if everyone is able to work on their own, including far from the heart of the company, they nonetheless depend on everyone’s efforts and therefore on collective intelligence.

how to unsuppress a sketch in solidworks ? 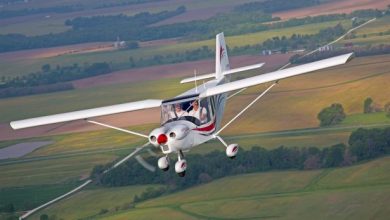 Air Flight Can Be Fun With Zenith Aircraft Company

how to change default units in solidworks ?

how to take new plane in solidworks

how to add title block in solidworks drawing ?

how to calculate volume of cylinder in solidworks ?

how to search in solidworks ?

how to draw point in solidworks ?