Objectives is a new kind of Israeli marketplace, incubated within the TheHive accelerator in Tel Aviv and founded by Mathias Frydman and Jeremie Zazoun. Based on the observation that 3D modeling remains an arduous task for ordinary people, Objectifiers offers the services of a community of designers ready to make any 3D model just for you. 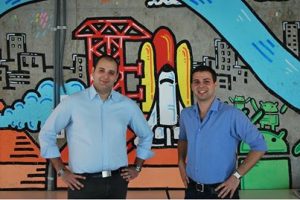 The two founders of Objectifiers, Mathias Frydman and Jeremie Zazoun

Do you have an idea for an object to print? You don’t know anything about 3D modeling? you don’t want to immerse yourself in learning a SketchUp or a ZBrush? Then the Objectifiers site is surely made for you. When you log in for the first time, you just have to fill out a form to specify the model you want, adding a description, the desired category (art, education, figurines, fashion, jewelry, toy …) and any photos useful for the design of the desired model.

Objectifiers intends over time to bring together on its platform a community of experienced 3D designers, capable of creating 3D models from scratch or of modifying and customizing already existing models. Unlike many current platforms, Objectifiers mainly targets people who don’t know anything about 3D modeling, G-Code or optimizing files before printing. If you are a 3D designer yourself, you can register on the platform, which is still in its beta version.

“To date, we are convinced that the democratization of 3D printing is not based on equipping 3D printers but more on the acquisition of models to be printed. »Explains Mathias Frydman, co-founder and CEO of Objectifiers.

INTERESTING:   How to draw ellipse in google sketchup?

How to model stairs in sketchup?

How to make an object hollow in sketchup?

How to import picture in sketchup?

How to use thea render in sketchup?

How to make a window frame in sketchup?

How to make curved corners in sketchup?

Can you open dwg files in sketchup?

How to add 3d text in sketchup online?