To infinity… and beyond! Who doesn’t know this cult saying from Toy Story? Mankind’s desire to explore space is perfectly summed up in this sentence. After man believes that he has explored the earth as well as possible, space expands the limits of what is conceivable. After all, who says that human innovation is limited to planet earth? For this reason, it is not surprising that visionaries rely on the latest technologies in their projects to get a little closer to their dreams. And additive manufacturing is also used for these projects: from 3D-printed satellites to rockets to food – nothing seems impossible! In our selection we want to introduce you to some of the most innovative applications of 3D printing in space!

3D printing on the ISS

One of the most significant uses of 3D printing in space is in the tests that astronauts use on the ISS to find out whether additive manufacturing could also be useful in zero gravity. This is how Incus and the European Space Agency (ESA) want to find out if Incus’ lithography-based metal fabrication (LMM) process is viable for making parts on a lunar base using scrap metal or existing surface materials. Experiments are also currently being carried out on the ISS to determine whether bioprinting has future potential. For the European Space Agency, this means – “to support the medical treatment of long-term space expeditions and planetary settlements”. The experiments are being conducted at the BioFabrication Facility, where a team from Wake Forest won a NASA competition with their technology to create lab-grown human liver tissue using additive manufacturing. In addition to these examples, there are many other experiments that are carried out in Redwire’s Additive Manufacturing Facility, among others.

Additively manufactured structures on the moon

You’ve probably heard of 3D printed houses on Earth – but did you know that NASA and other organizations are also exploring the potential for colonizing the moon and other planets? The colonization of space, ie the hypothetical permanent settlement of celestial bodies other than Earth, has been relevant to many organizations dealing with the subject of the possible for several years. The linchpin for many is whether we would be able to create permanent settlements. Additive manufacturing is seen as a possible solution for implementation. Today there are already several projects that want to face this challenge. These include ICON’s Olympus, a project that is prototyping and testing possible additive design systems that could be used to 3D print infrastructure on the moon. Redwire has a similar idea: the company is collaborating with the ISS Redwire Regolith Print (RRP) study to determine if lunar regolith could be a viable 3D printing material. But there are many other projects, such as AI SpaceFactory’s Marsha design, which won the NASA Centennial Challenge for 3D printed habitats, as well as various projects by Luyten or ESA.

The colonization of another planet may sound like science fiction at first, but this is increasingly becoming a reality. Humans have been attempting to “conquer” Mars for years, and 3D printing is increasingly becoming the tool of choice to make those aspirations a reality. NASA sent the Perseverance rover to Mars back in 2020 with eleven 3D-printed metal parts and tools. These are lighter and have a high level of target acquisition that could not be achieved with conventional manufacturing methods. The Perseverance search for ancient microbial life. Another project comes from Delft University of Technology, which is developing Zebro robots that will be able to burrow beneath the surface of Mars to create 3D-printed subterranean habitats. The robots can communicate with each other and share tasks such as digging tunnels and building 3D printed structures. A subterranean habitat might be suitable for potential colonization as it is less exposed to thermal changes. The latest project in this area comes from ICON and the Big-Bjarke Ingels group for a NASA project: it is a simulation of a 3D printed habitat called Mars Dune Alpha. The aim is to set up the habitat on Mars in order to carry out exploration missions in space from there.

This is what Mars Dune Alpha should look like (Image: ICON)

Astrobotic’s Griffin Mission One (GM1) team has partnered with Agile Space Industries to develop custom 3D printed Attitude Control Thrusters (ACT) for the Griffin Lunar Module. Griffin will be used by NASA to transport the Volatines Investigating Polar Exploration Rover (VIPER) to the moon’s South Pole in 2023. The mission is particularly important because the rover will help locate ice on the moon.

Many companies are striving to make their rocket engines faster. The best way to do this is to innovate the manufacturing process. For this reason, many space companies are turning to 3D printing. As a result, engineers are increasingly using SLS 3D printing to 3D print the components for the rocket engines with a copper alloy powder that can withstand high temperatures. If we take a look at the 3D printed rocket engines, we find several current projects. These include the Spanish company Pangea, which develops and industrializes advanced 3D-printed combustion devices made of innovative materials. The company has developed a 3D printed rocket motor that is 15% more efficient compared to conventional motors.

NASA is one of the most important companies in space travel and is developing the rockets of tomorrow with the RAMPT project (Rapid Analysis and Manufacturing Propulsion Technology). 3D printer manufacturer SPEE3D has received a $1.5 million grant from the Australian government for a project that will use the company’s patented cold cast technology to print rocket engines from metallic material.

In addition to manufacturing specific parts, additive manufacturing is also used in the aerospace industry to build 3D printed rockets. This trend allows companies to reduce the weight of their finished parts. These include Relativity Space, a US start-up company that has experienced exponential growth in recent years and is one of the 3D printing companies that has been able to raise the most capital. The Terran R is said to be the first fully 3D-printed and reusable rocket capable of delivering more than 20,000 kg into Earth Orbit (LEO). Terran R is scheduled to launch from Cape Canaveral in 2024.

SpaceX, Elon Musk’s project, has also been using additive manufacturing to produce rocket components since 2014. The visionary’s goal is to colonize Mars by 2050. To achieve this, SpaceX relies on metal 3D printing (DMLS) to innovate the manufacturing process. The technology can be used to build rocket parts that can then be reused.

Another challenge for the space industry is the provision of 3D printed food. In fact, in recent years there have been several projects using 3D technologies for food production in space. This includes the Israeli company Aleph Farms, which in 2019 announced a project to produce meat on board the International Space Station (ISS) using a 3D printer. Thanks to Bioprinting Solutions’ 3D printer, it was possible to print a cell-based meat that brings out the texture, taste and structure of a classic steak. For the implementation, bovine cells from Earth were used and sent into space, where they were cultivated. In addition, Aleph Farms is also involved in the “Space Food” mission. It is a consortium of space, food and technology experts developing an integrative approach to human nutrition in space. Combined with Astrea’s culinary and technical expertise, new space foods will be developed to help astronauts make their own meals.

Another initiative of this kind comes from the SMRC in cooperation with NASA, who want to jointly identify foods for long-term missions in space. The aim is to use 3D printing to produce dishes that retain a pleasant taste while containing nutrients that are not degraded throughout the mission. NASA is currently running a project that recognizes the work of companies finding innovative ways to get food into space. Of all the participating organizations, four rely on 3D printing: BigRedBites, ALSEC, Electric Cow and KEETA.

INTERESTING:   These were the most popular 3D printing models in 2021

Another application of additive manufacturing in space travel is the production of special clothing required for space missions. SpaceX has therefore developed 3D printed space suits and helmets that can be easily replicated with desktop 3D printers. Each helmet has a visor, valves, locks and microphones and meets space requirements. The FDM printing process was used to manufacture the helmets as the technology offers a wider choice of advanced materials such as PEKK.

Do you know other applications of 3D printing in space? Tell us what you think and contact us. Would you like a summary of the most important news in 3D printing and additive manufacturing directly and conveniently in your mailbox? Sign up for our weekly newsletter now and follow us on Facebook and Twitter to stay up to date! You can also find us on XING and LinkedIN. 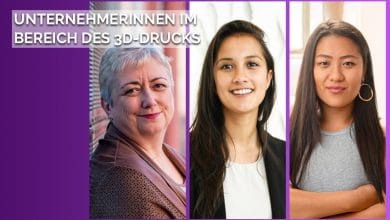 International Women’s Day: these women get involved in 3D printing 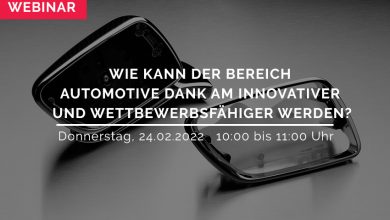 Webinar: How can the automotive sector become more innovative and competitive thanks to AM? 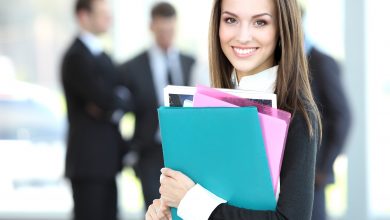 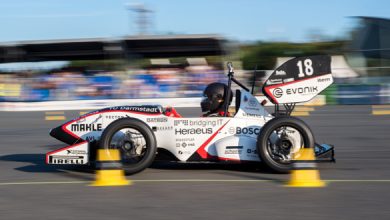 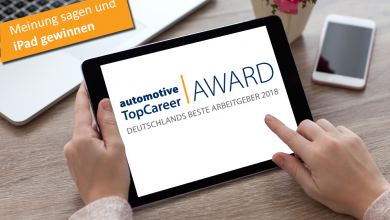 Farewell to foosball? What students really expect from their future employers. 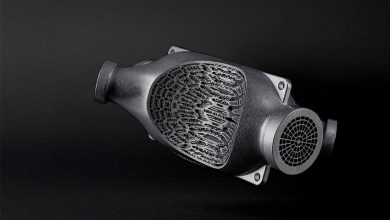