A detailed video explaining this technique is available on YouTube. Those who prefer video over article can watch the following video.

As shown in this pic below, we have X, Y, Z coordinates, otherwise Easting, Northing & Reduced levels of more than 10000 points in an Excel sheet. Speaking about the language of AutoCAD, Point Command is used to create a point in AutoCAD.

Now we have a message at the Command Prompt, ‘Specify a Point’ There are two methods to specify a point

Here I will go with the first method i.e feeding the X, Y, Z Coordinates of the Point in the command bar All Information regarding this point object can be gathered from the Properties Palette /Window. Values which we used to create this point are shown against the labels – Position X, Position Y, Position Z. The procedure was repeated to show the program flow and its available in the AutoCAD command history. That means POINT X Coordinate,Y Coordinate,Z Coordinate will create a Point at X,Y with a height of Z. Repeating this statement 10000 times with different values for X,Y & Z Coordinates will create 10000 discrete Points and this is where we can make use Excel Formula.

In our Excel sheet, X,Y,Z Coordinates of Point 1 are in the cells B2, C2 and D2 respectively.

From the command history, it is clear that the syntax for creating a point in AutoCAD is POINT X,Y,Z Concatenate function is used to join strings in Excel. and the result is POINT X,Y,Z The formula can be copied into the downward cells using fill handle the feature in Excel. INTERESTING:   How to adjust standard duct length in Fabrication Database used in Revit

Copy this data, Open an AutoCAD drawing, Paste it into the command bar And by doing that and we just created around 10000 points To cross check the total number of points created, Select all (Ctrl+A is the shortcut for selecting all objects in an AutoCAD drawing), Right click for the Properties palette. We can also use Command Aliases in the formula. 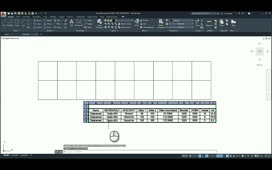 Automatic Counting with Tables in AutoCAD

Drawing at an Angle in AutoCAD? Rotate the UCS! (Lynn Allen/Cadalyst Magazine) 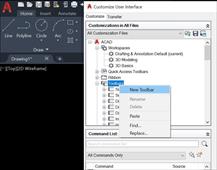 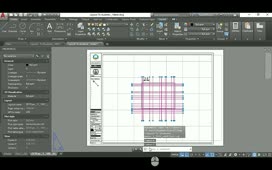 Understanding How to Work with Label Styles