Family Feud in the AutoCAD booth at Autodesk University Las Vegas was a great success! 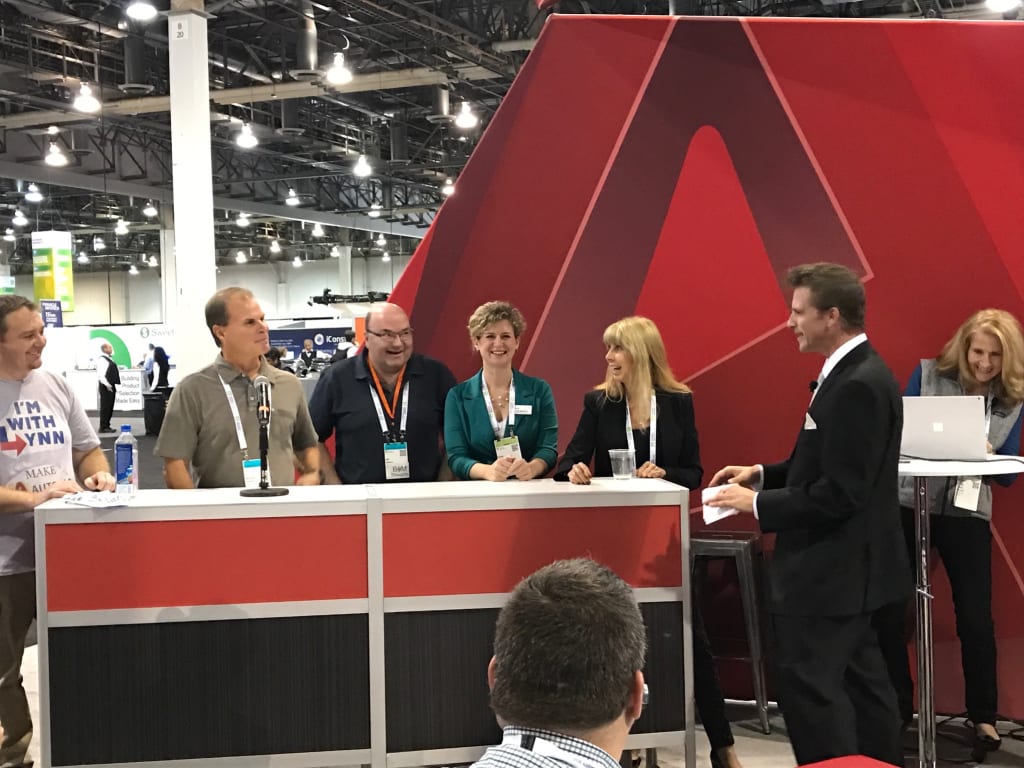 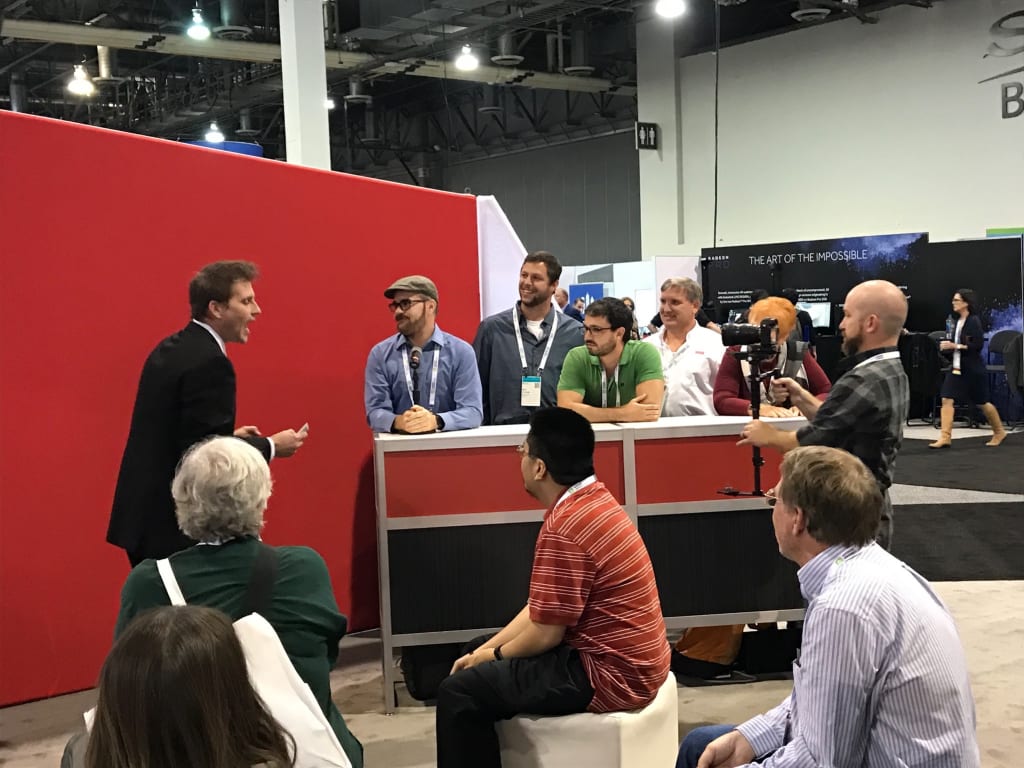 Lynn and team were off to a great start after selecting the number one answer in the first round. They were on a roll before having their points stolen by Shaan and Team OSNAP. 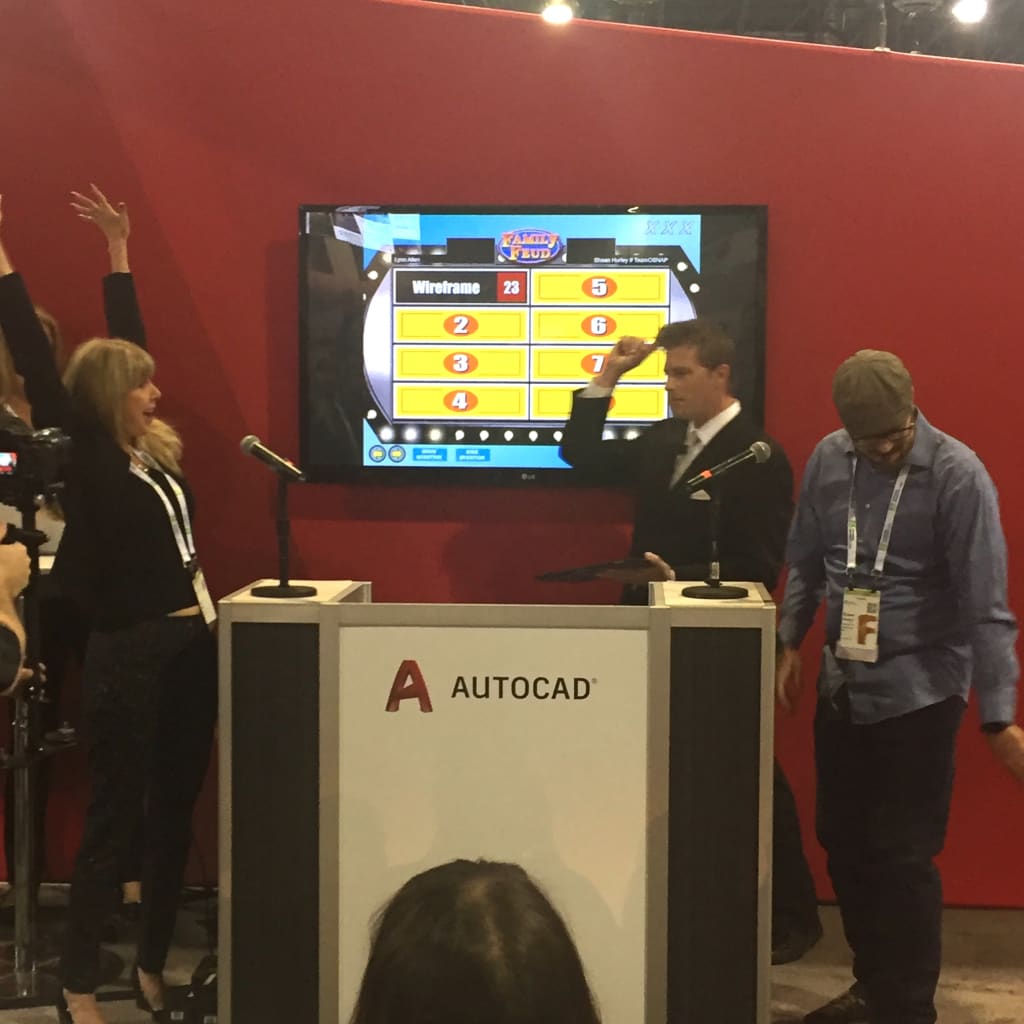 Lynn’s team battled back during the Fast Money round by successfully answering questions such as “What AutoCAD command prompts you to specify a Through point”? Unfortunately, due to technical difficulties (oops!), we lost track of the score and declared it a tie!

Our second game of Family Feud matched Robert Green and the CADmandos against David Cohn and the Paper Space Cadets. 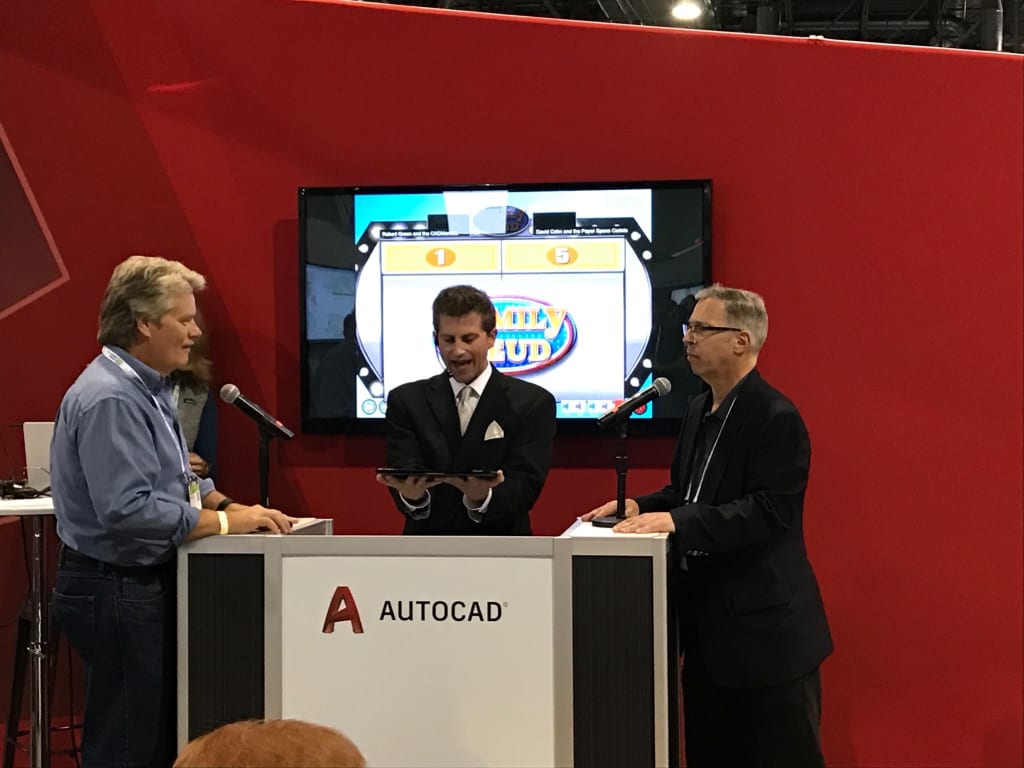 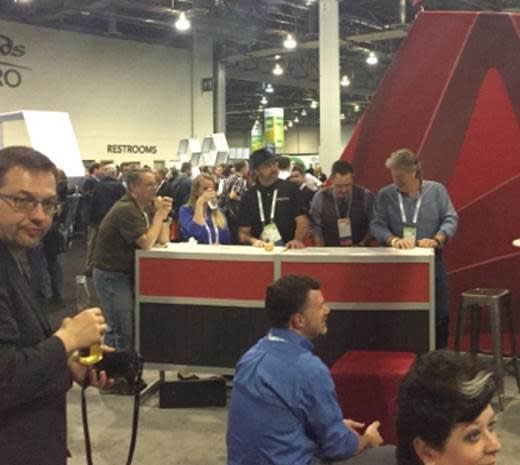 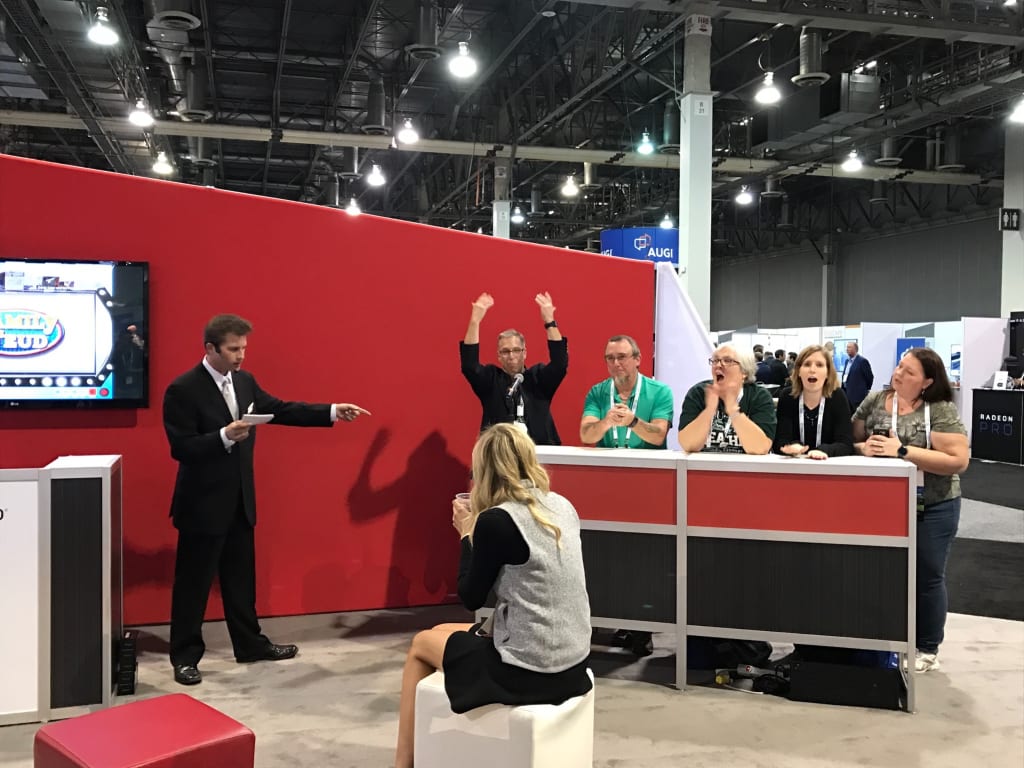 David and team had the lead at the end of the first four rounds. But with both teams having a shot at big points in the Fast Money round, Robert and team managed to walk away with the final win! 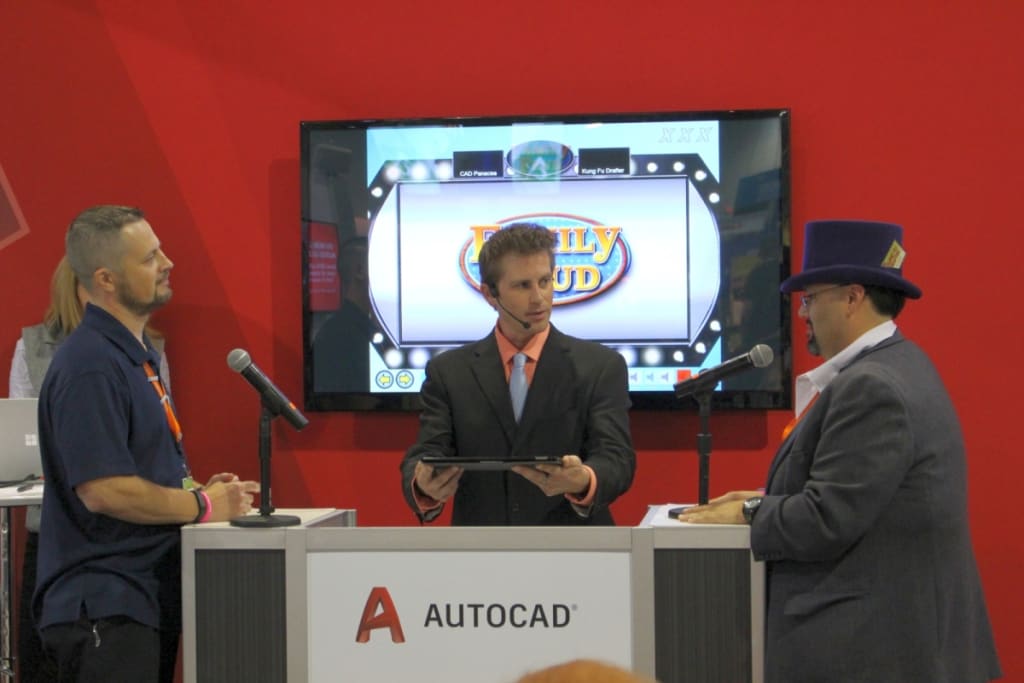 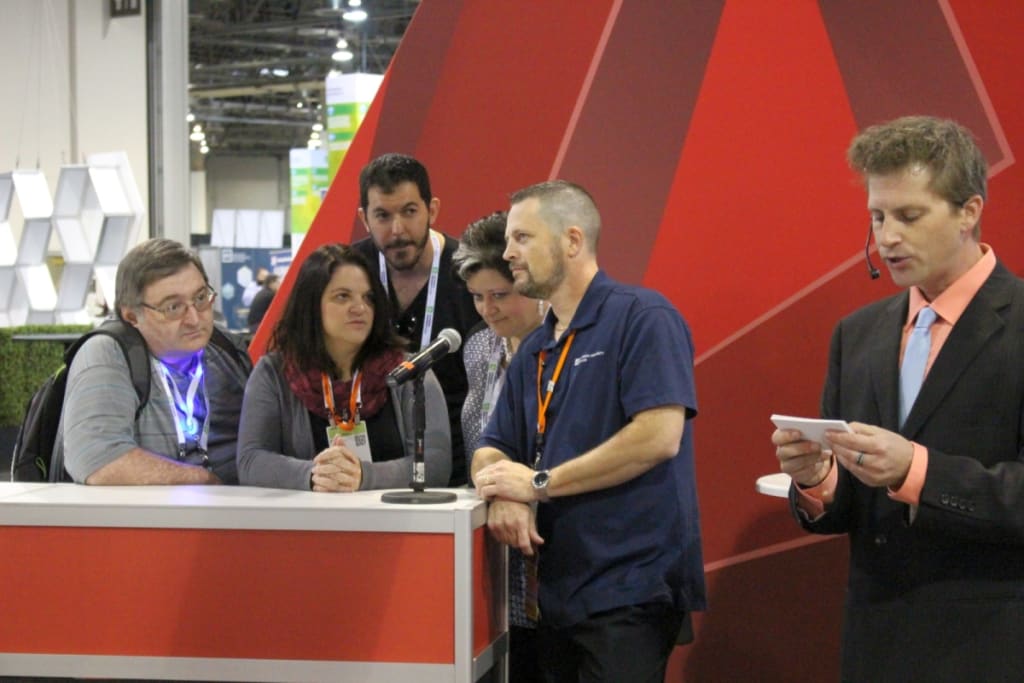 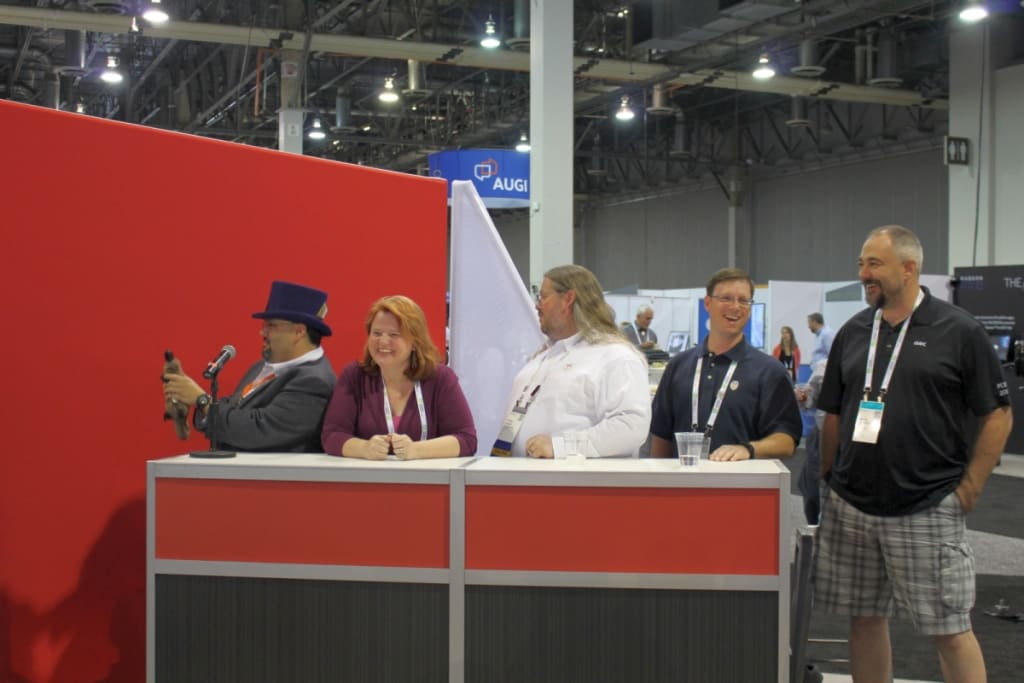 RK and CAD Panacea dominated the initial rounds but Curt and the Kung Fu Drafters didn’t give up. They karate chopped their way through the Fast Money round and took the match!

Our final game of AutoCAD Family Feud pitted the Dorks against the Geeks with Melanie Perry leading the Dork Side, and Donnie Gladfelter leading the Geek Squad. 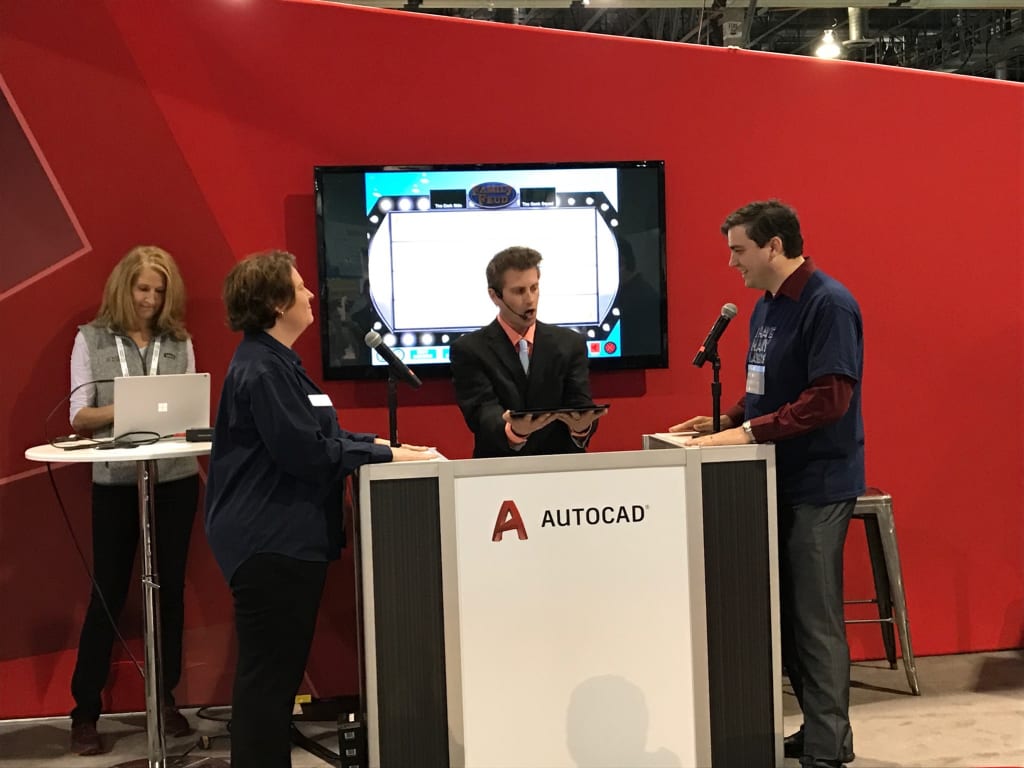 Joining Melanie on the Dork Side were Tracy Chadwick, Oliver Martinez, and two other fabulous contestants whose names were missing from our sign-up list. Do you know who they are? Drop us a line and let us know! 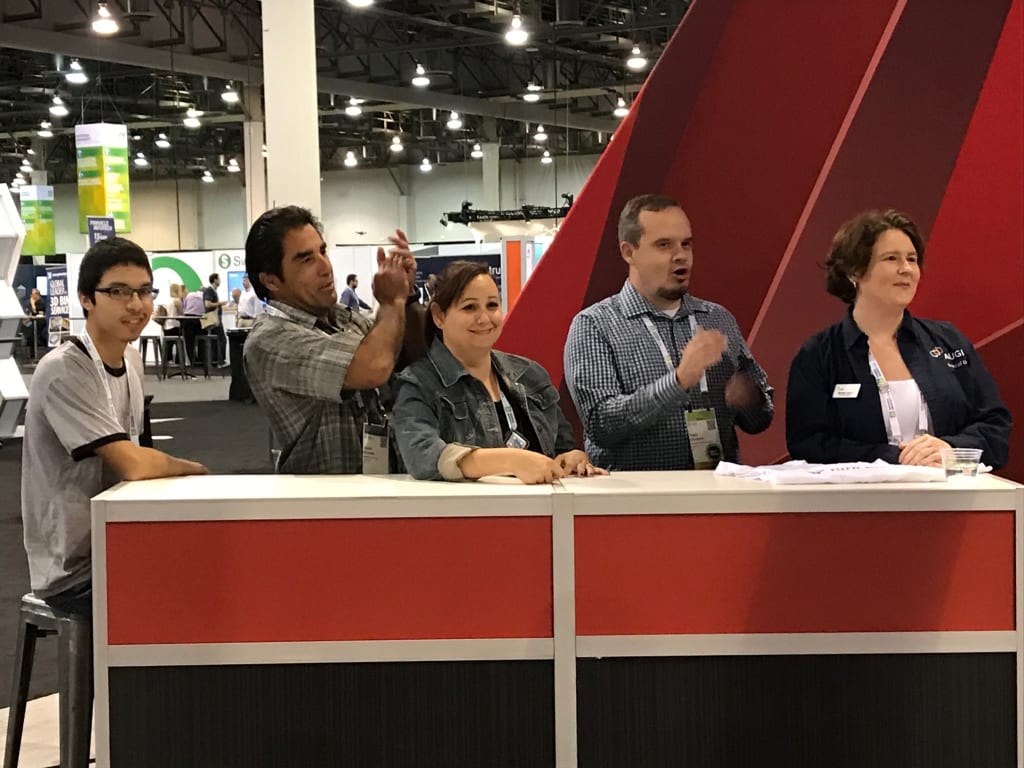 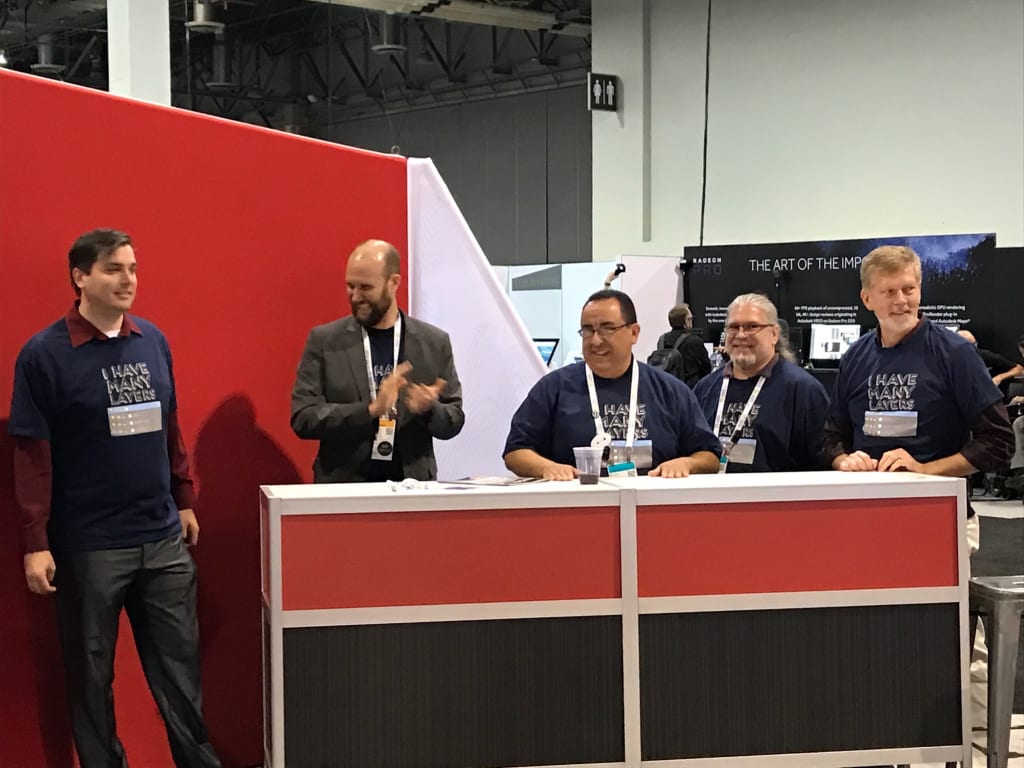 The Geeks came on strong and dominated much of the game but I think they had an unfair advantage with the matching Geek shirts; we might have to implement a dress code next time!

I was impartial for all the previous games but (don’t tell the Geek Squad) I have to admit I was rooting for the Dorks to take the Fast Money round. The questions seemed to get progressively harder as the games went on so by the final round Fast Money round the Dorks were challenged with questions like “On what tab of the Constrain Settings dialog box can you enable Inferred Constraints?” Sure! That’s easy to answer when you’re sitting in front of AutoCAD without a 60 second timer and 9 other questions to answer. Who wrote these questions anyway???

Speaking of the questions… if you were baffled by some of the answers (or missing answers) on the board, remember how Family Feud works: The answers on the board aren’t necessarily the correct answers, they’re the most popular answers from people that responded to the survey questions. And, those responding to the survey questions may not know AutoCAD as well as our fabulous contestants! So, for example, when asked to “Name something you can do with the AutoCAD Mobile App” some of our contestants may have provided correct answers like “edit geometry”, “insert blocks”, or “create layers” but because they weren’t the most common answers, they got buzzed! 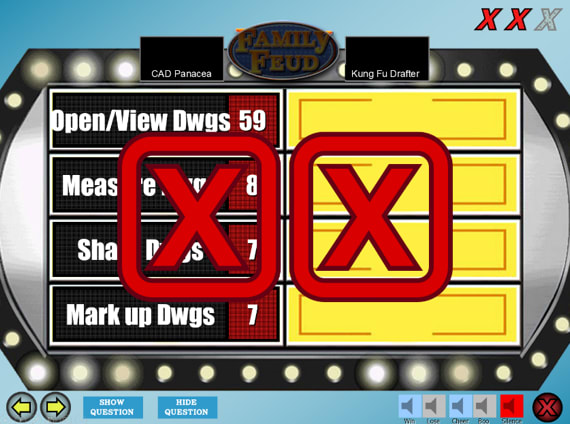 Regardless of the challenging questions or the questionable responses it’s safe to say everyone had a great time playing and watching AutoCAD Family Feud at AU 2016. Thanks to all of you that participated in person or by responding to our survey questions before AU! 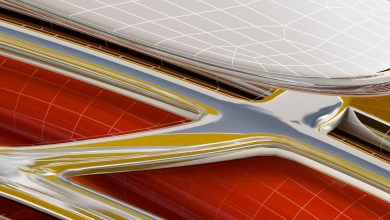 Align Text Along an Arc With ARCTEXT: Tuesday Tips With Heidi – AutoCAD Blog 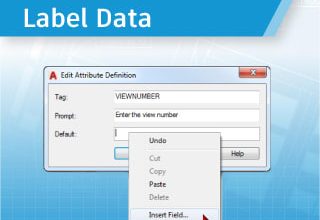 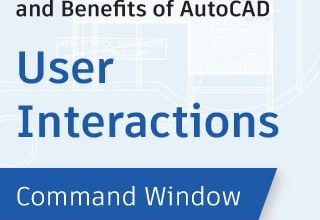 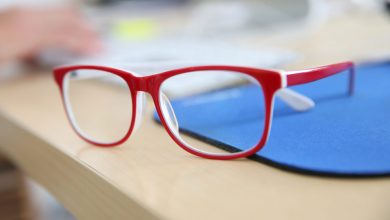 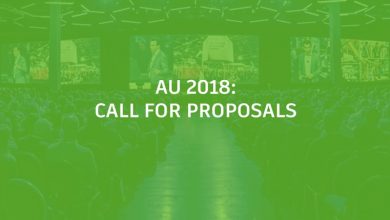 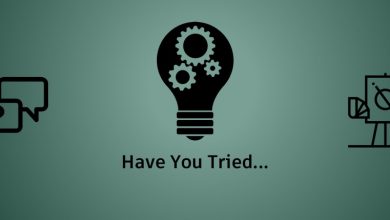 Have You Tried: Associative Arrays in AutoCAD – AutoCAD Blog