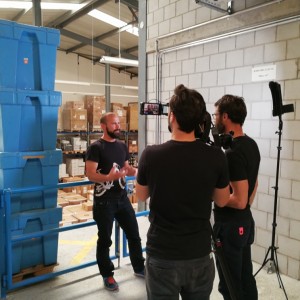 On the occasion of the 200th anniversary of the invention of the bicycle, the Swiss TV station SRF1 is dedicated to both the history and the future of this means of transport. Under the title “200 Years of Velo – Draisine versus Olympic Champion Bike”, the magazine “Einstein” first compared the original bicycle model (the draisine) developed by Karl von Drais in 1817 with Nino Schurter’s original Olympic Champion Bike from Rio. As part of an outlook on the future of cycling, in “Einstein” you can admire a 3D-printed bicycle that we produced on behalf of the Swiss bicycle supplier Thömus (from Niederscherli, Canton Bern).

The Thömus bicycle project and its background

The idea behind the 3D printed bike for Thömus was to use 3D design from the PC to get a physical prototype suitable for both technical analysis and design experimentation. For example, different decors or paint finishes can be tried out without any problems on this occasion.

For Thömus, the expectation of receiving a mountable frame for the purposes described above by means of 3D printing has been fulfilled, as Franz Höchtl, Head of Products and Supply Chain at Thömus, was able to confirm.

The Thömus 3D printed bicycle prototype at a glance

With regard to the future importance of 3D printing technology for bicycle production, Höchtl expresses the assumption that, in addition to prototypes, small series will increasingly be produced additively in the future.

The way to television

When the “Einstein” magazine was looking for reference projects for the latest in bicycle production, it was the existing connections between the Thömus management and the creators of “Einstein” that helped this project to attract media attention.

Of course, together with Thömus, we are happy that this TV report came about and hope that you will also be sitting in front of the television this Thursday evening, at the time mentioned. 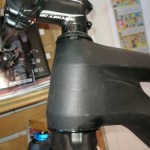 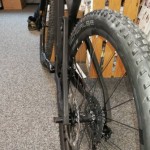 You can read more about numerous of our projects that we have been able to realize for our customers in recent years in our blog.

How to take filament out of 3d printer?

Can 3d printers cause cancer?

What 3d printer gold you can buy?

How to 3d print abs plastic?

How to clean your 3d printer bed?