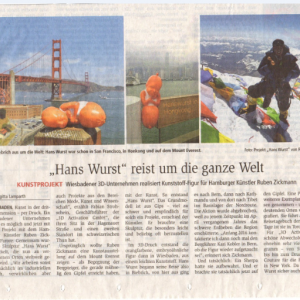 The Wiesbadener Kurier reported on our 3D printing project under the headline “Hans Wurst travels around the world”.

In the beginning there was the idea of ​​the Hamburg artist Ruben Zickmann to show an art exhibition on Mount Everest. In this way, the mountaineer who had just reached the summit with great effort (although still facing the equally dangerous descent) was to come into contact with art at the highest point on earth.

Originally, Zickmann had thought of a plaster figure. However, since it quickly became apparent that gypsum is very fragile and, on the other hand, much too heavy for such transport, he soon chose plastic, namely PA 2200. Here again, 3D printing (in this case the SLS process) proved itself. as the method of choice, since traditional manufacturing processes have hardly proven to be profitable for one-off production. And so Zickmann came to 3D Activation GmbH, the 3D printing service from Wiesbaden and Thun/Switzerland, where he found enthusiastic supporters for the 3D printing of the sculpture and as a sponsor of the project.

The “Hans Wurst project” was born.

Every beginning was difficult

At first things didn’t look good for “Hans Wurst’s” journey. As the terrible earthquake April 25, 2015 cost many lives in the Everest region, the action had to be stopped because China then banned the ascent. 2015 was the first year since 1974 that there was no Everest ascent, especially since the base camp on the Nepalese south side was largely destroyed as a result of the earthquake.

In the tumult of these events, “Hans Wurst” was considered lost, and one of the most exciting 3D printing art projects was therefore considered a failure. You can read all about why things turned out differently and how the sculpture was finally sent on a world tour in the article below (Wiesbadener Kurier of September 7th, 2016, p.20, Redaktion Kultur), which you can also access online here.

The “Hans Wurst Project” by Ruben Zickmann in the Wiesbadener Kurier

“Hans Wurst” in the focus of media coverage

Of course, a project as spectacular as “Hans Wurst” is just crying out for media reports to acknowledge it. Therefore, we had already reported in our blog, which was followed by posts in well-known 3D printing blogs.

The interest and commitment of Birgitta Lamparth from the Kultur des Wiesbaden courier It is thanks to this that “Hans Wurst” could now also be the subject of a press report for the first time, an appreciation that naturally makes us very happy.

Find out more about some of our previous projects, as well as our materials, printing processes and services by visiting our website. 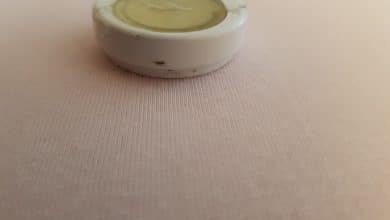 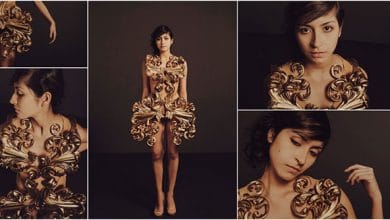 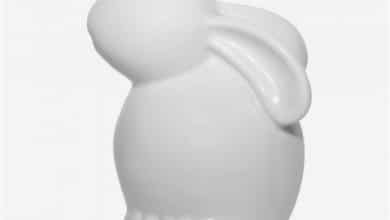 Ceramics and porcelain as 3D material

How to setup ender 3 3d printer?

What does a 3d printed house cost? 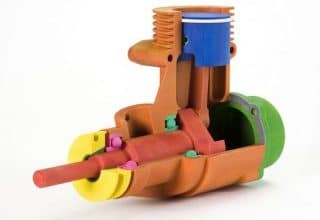 Can you 3d print in metal?