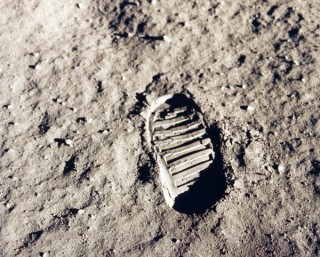 3D printing technology could also play a decisive role in the construction of a planned moon base. Large-scale architectural 3D printers could therefore provide the large ones necessary for the construction of the moon base components just from the lunar soilthe regolith “Press”, which would eliminate the hassle and costly task of transporting these parts from Earth. Compared to the use of conventional building materials, experts expect weight savings of up to 95%.

An experiment conducted by ESA scientists in early 2013 turned out to be very promising. A 6 meter high British-made 3D printer could be made in this experiment to produce a 1.5 ton brick, as would be needed for the lunar base, from a lunar-like material, ie a simulated lunar regolith to produce. In this simulation, basalt rock from the central volcano in Lake Bolsena (central Italy) served as the source for the required, simulated lunar regolith. Before the 3D printing process, however, this “pseudo-lunar regolith” had to be mixed with magnesium oxide in order to be 3D-printable.

The one used here D-Shape TM printer usually used for 3D printing of sculptures. It is also planned to use it for the 3D printing production of artificial coral reefs, which protect beaches (in times of rising sea levels) from strong surf. On its 6 meter frame, the D-Shape TM printer has a mobile array of print nozzles that spray a binder onto a sand-like building material, in this case the simulated lunar regolith. With an average speed of around 2 meters per hour, this special architectural 3D printer built the intended model, the next generation of the D-Shape TM 3D printer should then bring it to 3.5 meters per hour.

A particular challenge of lunar 3D printing, however, is that among the existing ones vacuum conditions unprotected liquids that architectural 3D printers commonly work with evaporate fairly quickly. A solution seems to have already been found for this problem as well, which consists in inserting the nozzle of the 3D printer under the regolith layer. Since small droplets, ie only 2 mm in size, are held in the ground by capillary forces, as an Italian research group found out in this context, the 3D printing process should also work in the moon’s vacuum.

You can read here what share 3D Activation already had in 3D printing for space exploration. 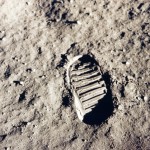 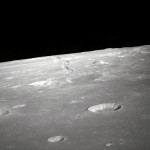 For the time being, however, architectural 3D printing is likely to remain limited to Earth for some time, because it will be several years before a moon base is realized.

If you are now interested in using 3D printing technology for architectural purposes and you can certainly do it without the difficulty of preventing liquids from evaporating in a vacuum, you will find in 3D Activation the ideal contact to realize your architectural vision . For this purpose, simply visit our website or contact our customer service directly.

Why are 3d printers useful?

Can 3d printers use rubber?

How to use a plastic 3d printer?

Is abs or pla easier to print?

Can 3d printer sandstone together?